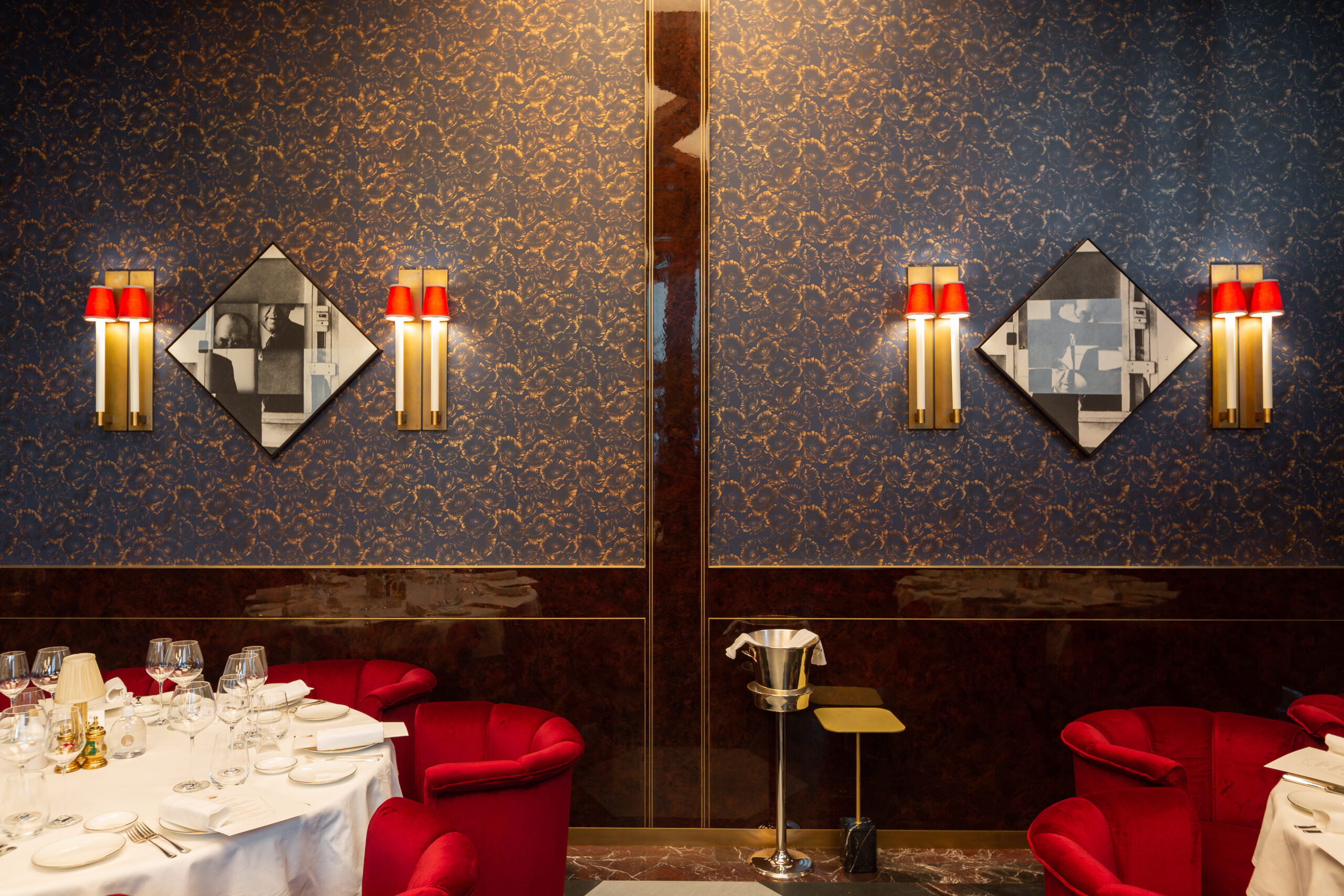 This exhibition presented a selection of nine works on canvas by celebrated Italian artist Bruno Di Bello. Created between the early and late 70s, these works represent a period marked by a transition in the artist’s investigation of the true nature of the image, shifting from his earlier focus on figuration to experimental abstraction.

In his earlier figurative works, Di Bello used methods of decomposition, superimposition, and detectable yet illegible messaging in the form of shuffled grids. Each photograph is manipulated in an almost mechanical manner. This method is intellectually playful and informal, applying disorder and symmetry where it is least expected – portrait photography.

In his later works, Di Bello’s experiments progressed towards total abstraction. Using the same method of photographic emulsion on canvas as with the earlier works on display, these abstract works no longer confer symmetry, disorder or even order. Instead, the shapes are the result of a focus on the elementary process itself rather than its outcome or meaning.

Di Bello’s works joined The Arts Club’s collection of artworks on permanent display including Amoako Boafo, Akram Zaatari, Genesis Tramaine and Shara Hughes in Dubai, and add to the already established collection of artists such as Albert Oehlen, John Baldessari and George Condo in London.

We were extremely grateful to the Fondazione Marconi and Gio Marconi Gallery for their ongoing dedication to Di Bello and for having worked with us on this selection.